Recently Spitfire Audio teamed up with HBO people and started a scoring competition for a car chase scene from the famous Tv Series Westworld. I never tried a chase scene for picture before, so it was quite challenging for me at the beginning. But after laying down the tempo map and analyzing the tension and release points, it became less terrifying and I quite enjoyed it! 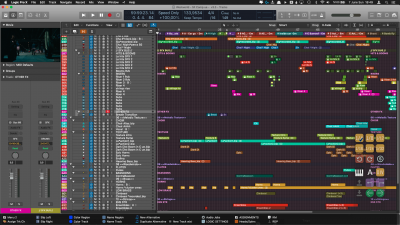 You can watch the whole scene above and listen to the music-only version below. I hope you like it!

Liked it? Take a second to support umut on Patreon!